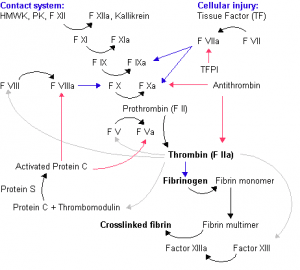 The primary purpose of the coagulation for water treatment, or the flocculation process, is the removal of turbidity from the water. Turbidity is a cloudy appearance of water caused by small particles suspended therein. Water with little or no turbidity will be clear.

The primary purpose of the coagulation/flocculation process is the removal of turbidity from the water. Turbidity is a cloudy appearance of water caused by small particles suspended therein. Water with little or no turbidity will be clear.
Turbidity is not only an aesthetic problem in water. Water with a high turbidity can be very difficult or impossible to properly disinfect. As a result, the maximum allowable level of turbidity in water is 0.5 NTU, while the recommended level is about 0.1 NTU. (NTU, or TU, stands for nephelometric turbidity units, a measurement of the turbidity of water.)
In addition to removing turbidity from the water, coagulation and flocculation is beneficial in other ways. The process removes many bacteria which are suspended in the water and can be used to remove color from the water.

Turbidity and color are much more common in surface water than in groundwater.

In the flash mixer, coagulant chemicals are added to the water and the water is mixed quickly and violently.

The purpose of this step is to evenly distribute the chemicals through the water. Flash mixing typically lasts a minute or less. If the water is mixed for less than thirty seconds, then the chemicals will not be properly mixed into the water. However, if the water is mixed for more than sixty seconds, then the mixer blades will shear the newly forming floc back into small particles.
After flash mixing, coagulation occurs. During coagulation, the coagulant chemicals neutralize the electrical charges of the fine particles in the water, allowing the particles to come closer together and form large clumps. You may already be familiar with the process of coagulation from cooking. You can see coagulation occurring when preparing gelatin (jello) or when cooking an egg white.

The final step is flocculation.

During flocculation, a process of gentle mixing brings the fine particles formed by coagulation into contact with each other. Flocculation typically lasts for about thirty to forty-five minutes. The flocculation basin often has a number of compartments with decreasing mixing speeds as the water advances through the basin. This compartmentalized chamber allows increasingly large floc to form without being broken apart by the mixing blades.
Floc : The end product of a well-regulated coagulation/flocculation process is water in which the majority of the turbidity has been collected into floc, clumps of bacteria and particulate impurities that have come together and formed a cluster. The floc will then settle out in the sedimentation basin, with remaining floc being removed in the filter.
The best floc size is 0.1 to 3 mm. Larger floc does not settle as well and is more subject to breakup in the flocculation basin. Smaller floc also may not settle.