Reactor Water Chemical Cleanup Systems are used in light and heavy water reactor designs. The function of this system is:

The water then passes to a Volume Control Tank which acts as a reservoir for makeup as needed to the reactor cooling system. The return function would be considered as part of the (Normal) Reactor Makeup function. This is another function of the CVCS system. The hydrogen gas is added in the Volume Control Tank. Lithium Hydroxide is added to the suction of the pumps that return the water to the Reactor Cooling System. 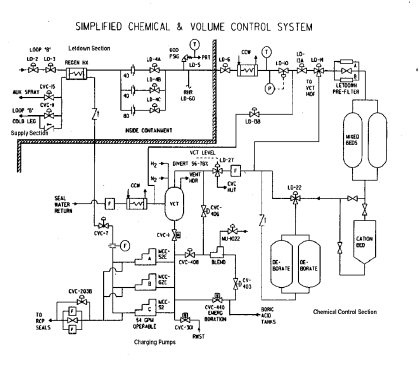