Package plants are used in rural areas, highway rest stops and trailer parks where population to be served ranges from 10 – 100 people or so.

One type of system that combines secondary treatment and settlement is the cyclic activated sludge. Typically, activated sludge is mixed with raw incoming sewage, and aerated. The settled sludge is run off and re-aerated before a proportion is returned to the head works. The disadvantage of the process is that it requires a precise control of timing, mixing and aeration. This precision is typically achieved with computer controls linked to sensors. Such a complex, fragile system is unsuited to places where controls may be unreliable, poorly maintained, or where the power supply may be intermittent.SBR plants are now being deployed in many parts of the world.

Extended aeration package plants use separate basins for aeration and settling, and are somewhat larger than SBR plants with reduced timing sensitivity.

Most treatment plants are preceded by some type of pre-treatment device which will remove some untreatable matter and prevent it from entering the waste flow (plastics, rags, rocks, etc.). The three types of pre-treatment devices are: trash traps, bar screens, and comminutors. In addition, kitchen drains from food service operations should be discharged through a properly sized grease trap. Flow equalization may also be required in plants subjected to widely fluctuating hydraulic loadings. A flow equalization tank allows the flows coming to the plant to be held and pumped at a uniform rate to the plant.

The aeration chamber is the key part of the secondary treatment plant where 90% of the treatment occurs. This process operates under the following theory: Waste in domestic wastewater is generally organic (biodegradable), which means that aerobic microorganisms in the presence of oxygen can use the organic material as their food source.

In nature, if the waste were discharged untreated to a stream, the bacteria in the stream would decompose the sewage and deplete dissolved oxygen levels to a point which could kill all aquatic life in the stream. Similar to nature, in an extended aeration treatment system, air (20% oxygen) is introduced by blowers and bacteria are grown to feed on incoming sewage from your business or dwelling. Bacteria in the aeration tank decompose the sewage to form a suspended sludge. The liquid in the aeration chamber, called mixed liquor, will have the consistency of thin milk shake and a brown colour similar to that of coffee with cream. However, it should be noted that the colour will vary from system to system depending on the types of wastes.

There are also alternate designs with SAFF & MBBR technology for reduced foot print. The treated discharge is then disinfected with chlorine, and the chlorine is removed by a Dechlorination unit. Some facilities are now replacing chlorination/dechlorination units with ultraviolet forms of disinfection. Final discharge is normally to a stream with sufficient dilution to safely assimilate the remaining 5% of the pollutants without measurable harm to the environment. 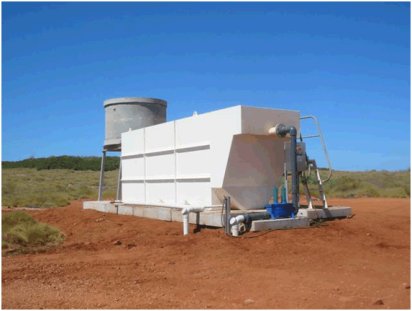